If you like scorpions, you are probably thinking about the rock band from Germany, because real scorpions don’t have many friends. They don’t even like each other most of the time. However, they don’t always choose to be the nuisance they are.

The Worldwide Threat of Scorpions and Scorpion Control 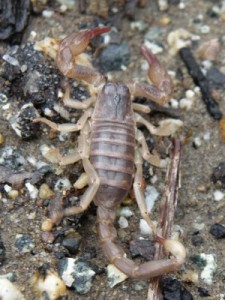 The only major land mass where scorpions are not thought to live is Antarctica. Still, the only reason they currently reside in New Zealand, Great Britain, and some islands of the Pacific Ocean is because man carried them there. Most scorpion populations fall between the 23° N and 38° N latitudes. The Paruroctonus boreus scorpion is the northernmost member of the family.

Scorpions survive in almost every terrestrial habitat, whether by choice or because they were imported there. The Isle of Sheppey, belonging to the United Kingdom, boasts a small population of scorpions, which located there by way of fruit from Africa. They seem to have adapted to the change rather well, having been there since 1860.

Scorpions exist in intertidal zones as well as caves, mountains, and deserts. Sometimes they are found in trees, but they are typically at home in rocks and sand. Some species like to be versatile and live in various terrestrial systems, while others stick to one primary area.

Wherever a scorpion might be, it makes the most of the situation. Man has helped the creature find plenty of places to inhabit. With this diversity has come the need for better pest control to protect the general public.

Scorpions are Built to Last

Scorpions are truly fascinating creatures to study once you get over the initial fear of them. We often consider them […]

Read the rest of Scorpions are Built to Last